Founder and Commissioner
Send a message

Dani Rylan founded the NWHL in April, 2015 with the goal of fueling the growth of the sport and brand of women’s hockey in North America and across the globe.

Since that time, the NWHL has grown exponentially, sparking an increased interest in women’s hockey viewership and participation.

In 2018, the NWHL saw its first expansion with the addition of the Minnesota Whitecaps, who quickly became a sensation by playing to capacity crowds in Saint Paul. In 2019, Rylan and the NWHL Players’ Association agreed on a 50-50 split of revenue from all league-level partnerships – the first such deal in women’s professional sports history. The 2019-20 season saw the most corporate partnerships the league has ever had.

The NWHL and Twitch announced a three-year partnership in 2019 for exclusive streaming rights of all league games. The game-changing deal has led to significant increases in viewership of women’s professional hockey games. Rylan and the league have also formed valuable alliances with Dunkin’ Donuts (major corporate sponsorship), the NHL’s Boston Bruins and Minnesota Wild (partnership with the NWHL’s area teams).

Under Rylan’s leadership, the NWHL has also brought women’s hockey to communities beyond the league’s markets. NWHL All-Star Games have been held in Pittsburgh and Nashville, with the Music City event smashing the record for largest attendance for a women’s pro game in the U.S. She also created the Jr. NWHL, which has connected the league with more than 150 youth hockey programs around the world. The NWHL has led youth hockey clinics in Seattle, Tampa Bay, Orlando, North Carolina, among other places.

Rylan has been named to ESPN’s “IMPACT 25,” which recognizes the women making the biggest impact on their sport and the society in which they live, and she has been honored by Fast Company as one the “Top 100 Most Creative People” and as a member of the magazine’s Innovation Council. A passionate entrepreneur, she is a popular speaker and panelist at business and career conferences from coast to coast.

Prior to founding the NWHL, Rylan was captain of the NCAA Division I team at Northeastern, where she earned a Master's degree in Sports Management.

Raised in Tampa and now living and working in New York, Rylan continues to play the game she loves every chance she gets in the city’s hockey leagues. 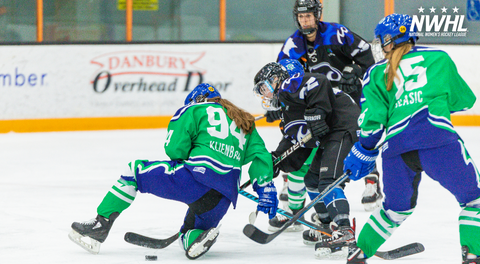 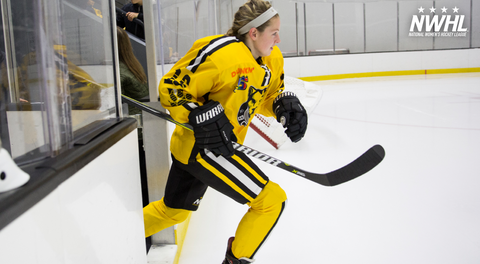 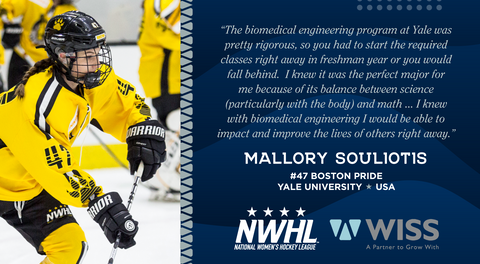